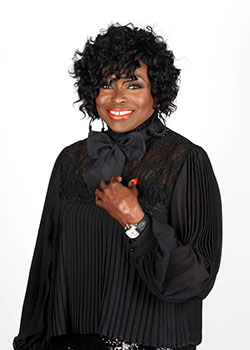 Lisa Moore was born October 5, 1960 in Dallas, TX. At the age of 26, she then decided to move to Houston, TX in 1986. She began to work for multiple corporations and then soon decided to attend cosmetology school at Westside Beauty Academy and pursue her dream of entrepreneurship. Lisa opened her first salon, Hairbracadabra in January of 1991, where she was able to express her artistic freedom and offer clients many types of transformations. She is currently co-founder of 360 Degrees Hair Studio since February 2003.Some of her favorite styling techniques are – cutting, coloring, and ceramic fusion. She has been featured in black hair magazines such as, Sophisticates Black Hair. She has continued her education under Design Essentials, Paul Mitchell and Matrix. Lisa looks forward to retirement one day and traveling the world more. 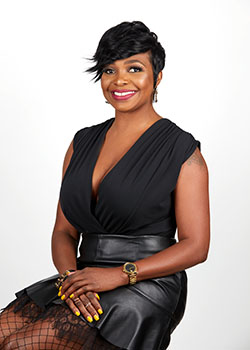 NaKeitha Ross is the owner of 360 Degrees Hair Studio, co-founder of I.C.O..N. Women’s Organization (Houston, TX), and global artistic director for McBride Research Laboratories (Decatur, GA). Hair has always been in her blood. While growing up, she would assist her mother, Lisa Moore, in her salon. Aspiring to defy the odds and step outside of the family business, NaKeitha enrolled in University of Houston to pursue a degree in communications and marketing. After graduating with a bachelor’s degree in 2001, she decided to join the family business.

In February 2003, combining power and influences with her mother, NaKeitha opened 360 Degrees Hair Studio. She focused on branding, effective marketing, and systematic training for new talent. To understand the corporate infrastructure of the hair industry, in January 2004, she decided to team up with MRL and work in their education department. During her career, she has instructed classes on styling, color, product knowledge, retail, and natural styling throughout the United States and Caribbean. NaKeitha has been awarded and recognized for her service and contribution in the beauty industry, as well as in the community breaking barriers of socioeconomic statuses and bridging gaps.

Giving back to the community and empowering women is how NaKeitha sows her seeds into the universe through I.C.O.N. Women’s Organization. She serves as the nonprofit’s CEO and co-founder. Although she enjoys those roles, her most rewarding charge is being a mother to Jada and Jeremy B., as well as, the wife of her high school sweetheart, Jeremy. 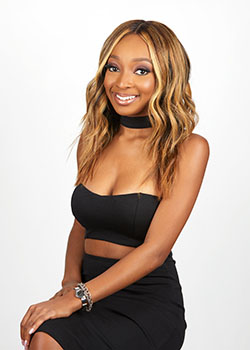 Jada Jhane’ Ross is a professional makeup artist and licensed cosmetologist. Her interest in the beauty industry was influenced by the work of her mother, NaKeitha Ross, and grandmother, Lisa Moore, who are both very successful stylists. Jada is an alumna of Houston Community College where she attained her associates degree in Applied Sciences and cosmetology license in May 2017. Over the past three years, Jada has expanded her platform as a makeup artist and entrepreneur. In April 2017, at 19 years old, Jada launched her very own mink lash line under her brand Beyond Beauty By Jada, which has had raving success. Along with her early success in makeup, Jada has a plethora of experience within the salon ranging from color transformations, cutting, and silk pressing.  Ultimately, Jada plans to establish her own makeup line and expand her ongoing career in the both the hair and makeup industry. 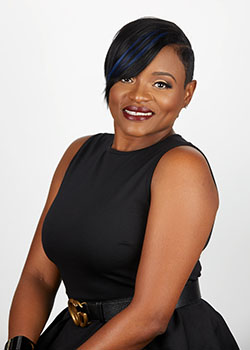 Threemethia Jones was born September 30, 1977 in Houston, Tx. Growing up, she would always see her mom do other people hair in the beauty shop. This peaked her interest in being a beautician which lead to her studying cosmetology at MacArthur High School. Threemethia received her cosmetology license in 1996, a few weeks before her high school graduation.  Over the years, she nurtured her skills by servicing clients part-time while maintaining a full-time job. In 2013 when her job ended, she opted to do what she has wanted to do for years becoming a full-time stylist. Mint, as she is known, loves doing hair, because it is a comfort for her. She wants to make women and children feel beautiful about themselves when they sit in her chair. 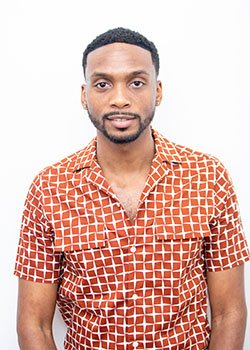 After a decade in the beauty industry, JaRaun Dunn is still just as passionate as he was in the beginning. Graduating from Paul Mitchell The School of Lexington, Kentucky; he developed a keen sense for haircutting and trendy short styles early in his career. He is well-versed in all aspects of healthy hair care with a focus on multi-ethnic textures; both natural & chemically treated.

His desire to be well-rounded and connected, prompted him to continue his education and began working for renowned hair company, Design Essentials. JaRaun has worked & studied with cutting edge stylists in Atlanta, Los Angeles, & now Houston which has been home since 2016.

Charmayne Jacobs is known best for her talent for treating and promoting healthy hair. She is also an artistic hair colorist. Charmayne’s captivating styles and skills with creative designs have led to published work in photo shoots with Ladeda Magazine and Outre with Beauty Depot. Additionally, she regularly styles for photo shoots with prominent freelance photographers Blue Franswa and Daryna Barykina. Charmayne was trained by stylist Patrick Bradley and follows industry gurus, Sam Villa and Toni & Guy. 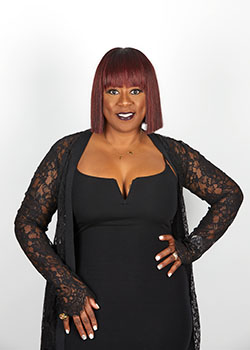 Melissa McDonald is a native of Pontiac, MI. The youngest of four siblings. The daughter of Charles and and Elizabeth McDonald. She relocated to Houston in 1999 and created new roots and relationships.

Melissa has been in the beauty industry over 30 years. She has decades of experience as a salon owner and hairstylist. She has an eye for fashion and beauty. Melissa specializes in the latest hair trends, healthy hair color, natural silk outs, and hair extensions.

When Melissa isn’t transforming women in the salon, she enjoys spending time with her family, fine dining with friends, and decorating her home.